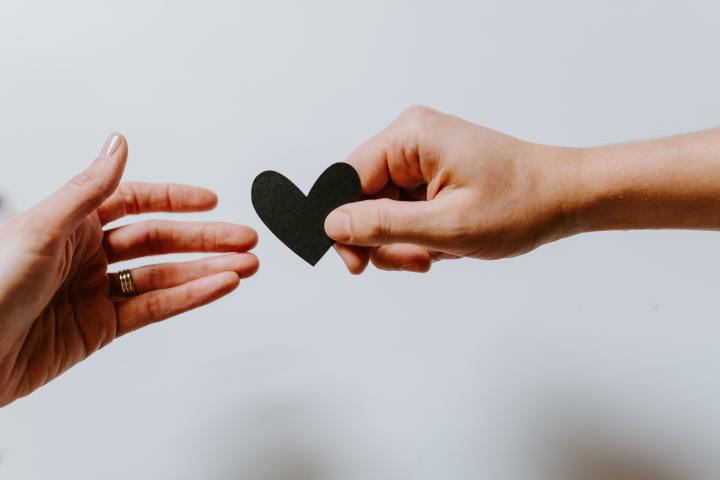 I’ve said this before, and no doubt I’ll say it again, but it’s hard to get what you want when you don’t ask for it.

You know by now that I’m exploring spirituality and getting into setting intentions, manifestation, and generally bettering myself through new means. A common thread within this field is asking for and speaking out your intentions.

For some reason, asking for what you want is really hard.

Perhaps it’s because I came from a working-class background where money was tight and therefore growing up I knew it was futile to even think about asking for certain things, but I know I can’t just blame it all on that. Asking for what we want is something we all have to learn and despite the fact we teach our children to say things like please and thank you, we all seem to enter adulthood not knowing how to communicate effectively with those around us.

Sometimes, the biggest reason why asking for what we want is hard is because we don’t even know what it is we want in the first place.

I’m sure there’s loads of reasons why you don’t want to ask for something, whether that is a raise at work, to get into a relationship with someone, to make friends, to have a conversation, or to have your feelings heard. Perhaps it’s because, like me you couldn’t ask for a lot growing up or perhaps you’re so afraid of rejection because of what happened to you in the past.

I think the majority of us suffer from a lack of self-worth, which means that regardless of what you think has triggered you to settle for less (ie. growing up poor or being rejected) deep down, you just don’t feel good enough for the thing you want.

So instead of having to face pain and disappointment, we just don’t even try.

I could go on with this subject for pages, but I really just wanted to make a short post today to act as a reminder for anyone out there who needs to hear it.

Whatever it is you need, whether that is time off, more money, or support from loved ones, you need to ask for it.

I’ve learnt this the hard way in so many different aspects, but today my particular reflection comes from work. As you know, I’m a freelancer which means that I don’t have a strict work schedule or even security when it comes to my job. This means that I don’t necessarily know when the next job will come in and from that when my next pay will be.

There are obviously a lot of perks to having my kind of career and I adore it, but these are some of the things that cause anxiety on a regular basis for me.

I’ve been without work for a couple of weeks now, which obviously has made things a bit difficult, so I finally bit the bullet and reached out to the person I work for to ask what was going on. While this is a simple thing, it can feel like such a big task and I often overthink it.

However, of course, I got a reply and have since been reassured that work is coming. And although exploiring spirituality has taught me the importance of trusting myself and trusting the journey, sometimes we need a bit of clarification that things are okay.

And, so I’m learning, we’re allowed to ask for it.

Just like you’re allowed to ask for anything else you need, whether it is support, time off, a loan, and so on. You cannot control the reactions of others, but expressing your needs is a great way to actually get what you want, whether that is from an physical person or from the universe in time.

Anyway, this is just something I’m thinking about today. Communication is hard and it can feel so difficult to reach out and speak your truth but, hey, the only one suffering at the end of the day is you so you need to do something about it.

After all, you can’t be there for other people and give them what they need if you aren’t taking care of yourself first.

What are you asking for right now?

Photo by Kelly Sikkema on Unsplash