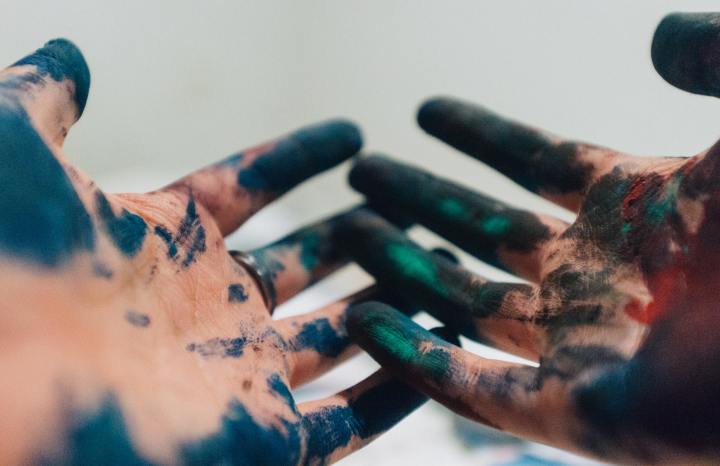 We can be our own worst critics.

No matter how hard you work and how big you dream, chances are the gremlins in the back of your mind are always pulling you down.

They will tell you that you’re not good enough, that you can’t do that, and sometimes that you’re just plain stupid.

Now I know you don’t need me to tell you that what these gremlins say are lies – because deep down you already know it – but it’s always nice to have a reminder.

Regardless of what your gremlins say, let me remind you that you already have everything you need within you.

YOU ALREADY HAVE IT, HONEY

Say you want to start your own business, create a blog, start recording videos, publish articles, get your artwork out there, whatever.

There is something within you that is so full of light and passion and excitement for the work you do, whether that is a hobby you already have or something you’re dreaming about trying, that you squash down because of these gremlins.

Chances are, the main reason why you haven’t started the project that you’ve been dreaming about already because the gremlins are telling you that you can’t.

For most of us the gremlins live inside our heads, but for some these gremlins are present in more areas, and I want to send extra love to you right now. All of this still applies to you, my love, but you might have a bigger fight on your hands – but that doesn’t mean it’s not going to be worth it.

You’re not educated enough, you don’t have the right experience, you don’t know what you’re doing.

These are some of the things gremlins love to say.

Basically; you’re no one and no one cares about you. So why should you even try, right?

Let me ask you a question: what proof do you have of that?

You have these ideas, you can do this work, and you have so much light within you. What part of that says that you’re not qualified to do the work you’re being called to do?

You don’t need an education, experience or a following to get started.

Sure, these things might help you along the way, but they aren’t necessary. Instead, they’re excuses you and your gremlins use to stop you from doing the work you’re called to do.

There’s a saying I read someone (the source escapes me now) and it went something like: “Bigger dummies than you”

Bigger dummies than you have a blog.

Bigger dummies than you have their own business.

Bigger dummies than you are doing the work you want to do.

So what’s stopping you?

Perhaps you already know that, but can’t see it because of the gremlins. Perhaps you’re surrounded by people who are telling you that this statement isn’t true and you’re not enough.

Well, bigger dummies than you have dealt with this at some point too and they’ve only  gone ahead and done it anyway. Instead of wasting their time stressing, getting caught in the details and beating themselves up for everything they every do, they just went for it.

You gotta just go for it, no matter what your mind or other people say.

A NOTE ON FAILURE

That isn’t to say that when you jump for the first time, or even the fiftieth, the net will catch you, because I’m sure even these big dummies who are out there doing the work you want to do have their own novels of failure stories.

But failing has to be better than sitting back and holding in your ideas because you’re frightened, right?

FROM ME, TO YOU

This is a plea, from me to you, one-on-one, to take that leap.

Let’s be big dummies and follow wherever our passion leads us.

Get creating, get publishing, get out there.

Sure, you might fail but at least you tried. And that’s the only thing we can do at the end of the day.

Failure has a purpose. It asks you if you want to try again.

Remember, you have everything you need within you. The rest is just an excuse.

I’ll see you out there, friends!

Photo by Amaury Salas on Unsplash